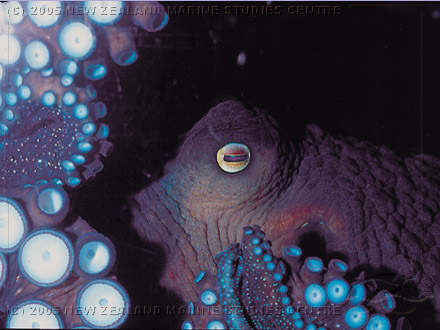 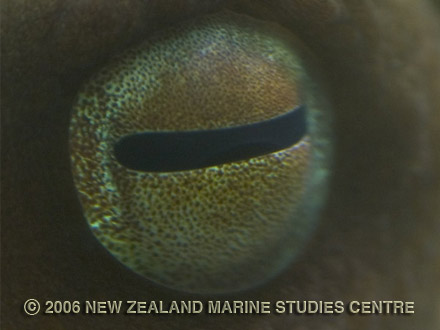 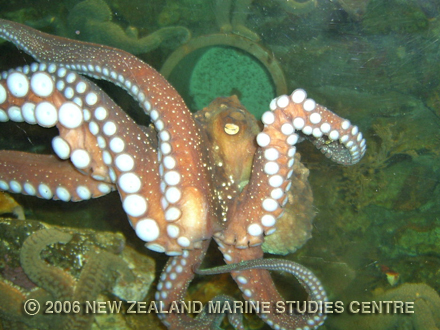 
A very large species. Arms to over 1m spread. Very muscular. Although they are capable of considerable colour change, these animals are often grey-purple with orangish arms which may (or may not) have small white dots. Can erect pappilae ("pimples") on the skin.


Preyed upon by NZ Sea Lions, Bullers Albatross and many other marine animals. Mainly night active but some individuals can be active during the day. Females produce small eggs which hatch into planktonic larvae. Males die after maiting. Females brood eggs in a den for up to 80 days. She does not feed during this time, but guards and cares for her eggs. Shortly before they hatch she will leave the den and die some distance away. Octopus have no bones in their bodies and are amazing escape artists. Octopus are always trying to out-smart the Aquarists and escape from their tanks. This octopus was formerly known as Octopus maorum. There are over 42 species of octopus found throughout NZ, most of them are midgets. 68 percent of those species are endemic.