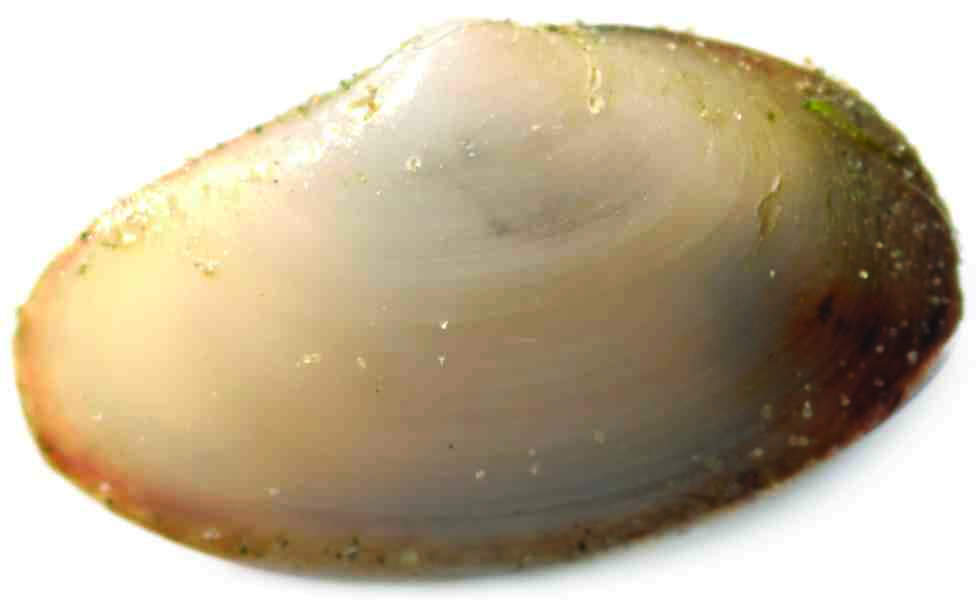 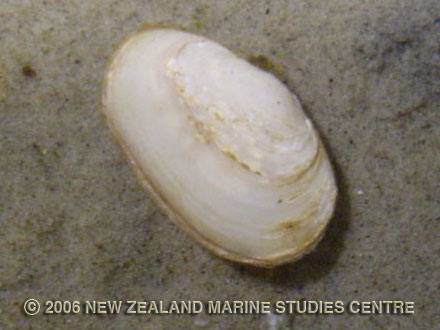 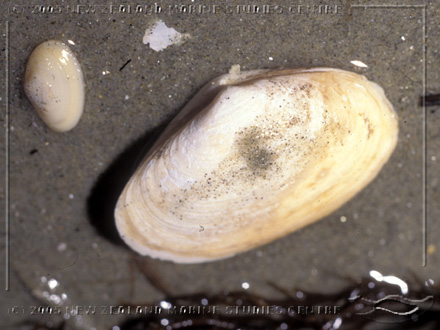 
The pipi is a shellfish with a solid white, elongated symmetrical shell with the apex at the middle. It is covered by a thin yellow periostracum (skin). It is a white shell inside and out.


The pipi is abundant at or below mid tide on flat sandy beaches, in sandy and silty mud in estuaries, and harbours where there is considerable water flow.


By releasing a thread of mucus, which makes them more buoyant, they are able to float in the water column and move to new locations. Pipi are edible and easily collected for food; traditional cooking methods include boiling and making into fritters. The harvest limit is 150 per person per day, and although a minimum size is not stipulated in the regulations, only larger pipi should be taken. For Māori, pipi are a traditional food resource, and in earlier times were gathered in specific flax baskets. Smaller specimens would fall between the woven strips and back into the beds as the basket was gently swirled through the water.