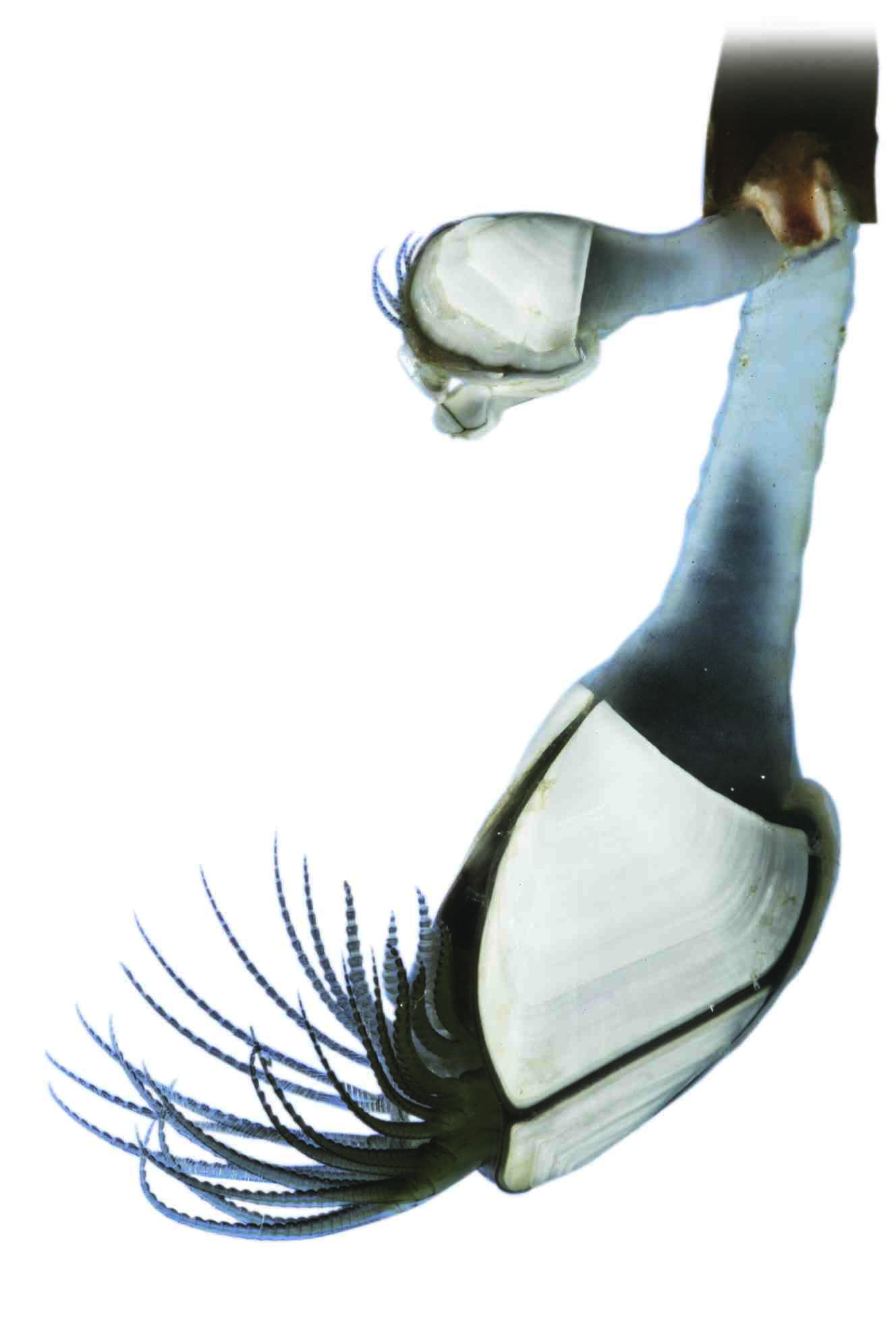 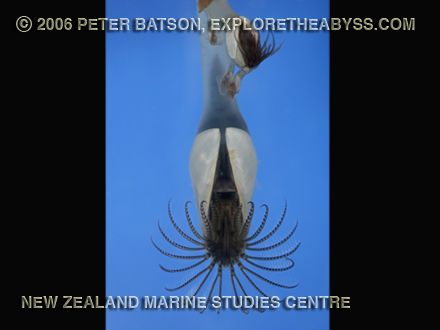 
This barnacles has a fleshy purpleish-brown narrow stalk with only 5 plates . The opening of this barnacle is lined with beautiful scarlet tissue. The heart-shaped shell, or ‘capitulum’, is a chalky-white in colour and has black lines, which were thought to resemble the head of the barnacle goose Branta leucopsis.


Attaches to floating objects such as driftwood, glass, or plastic and often found washed up on the beach.


Because barnacle geese rarely nest in Britain no-one had ever seen their eggs or nests. It was supposed, therefore, that the geese ‘grew up on the planks of ships’ and the birds finally emerged clothed in feathers and flew away. This curious theory also provided a convenient way round the church’s ban on eating meat or flesh on Fridays. As the barnacle goose was obviously “not born of the flesh” but from a barnacle, they could be eaten not just on Fridays but throughout Lent!