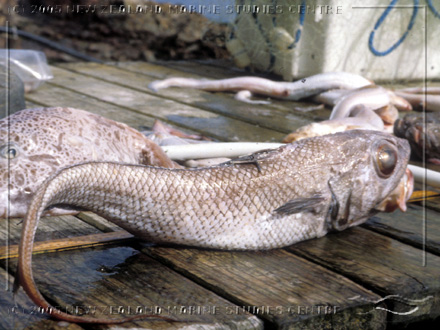 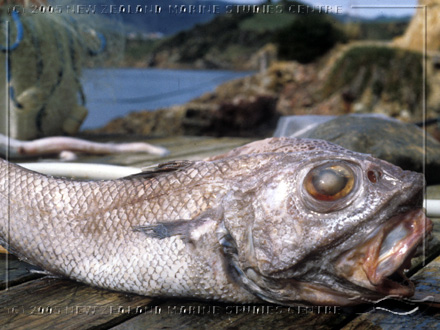 
Rattails are thought to be generalists, feeding on smaller fish, pelagic crustaceans such as shrimp and amphipods and less often cephalopods and lanternfish. As well as being important apex predators in the benthic habitat, some species are also notable as scavengers.


As few rattail larvae have been recovered, little is known of their life history. They are known to produce a large number (over 100,000) of tiny (1–2 millimetres/0.039–0.079 inch in diameter) eggs made buoyant by lipid droplets. The eggs are presumed to float up to the thermocline (the interface between warmer surface waters and cold, deeper waters) where they develop. The juveniles remain in shallower waters, gradually migrating to greater depths with age. Relatively common species in the deep. At least 20 different species found in NZ. Commercially harvested and managed under the Quota Management System.