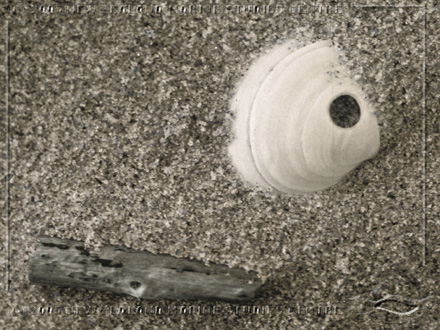 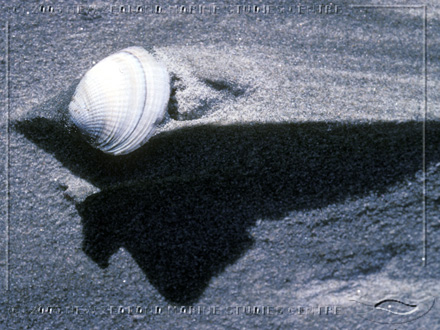 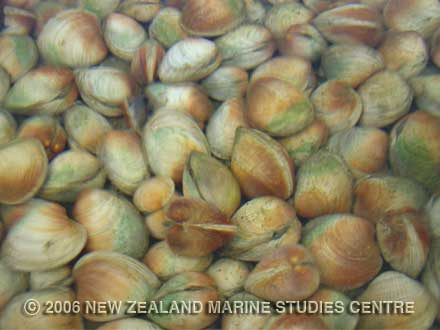 
Technically is not a cockle (family Cardiidae) rather a Venus clam (family Veneridae). It has a solid, inflated, roughly circular shell. The valves are sculptured with radial ribs crossed by concentric ridges. The margin of the shell is toothed. The shell is dirty white. Internally the shells are white and are often strongly stained with violet. Can be up to 50mm shell length.


They burrow in sand and mud from mid to low tide on protected shores. Often found in brackish estuaries illustrating a tolerance to low salinity and silt loading. Large individuals found lower on shore and juveniles occur higher on shore.


Burrow until only the siphons project, pulling in minute planktonic organisms on which it feeds.


Where the shell is exposed it is often colonised by small seaweeds, barnacles (Austrominius modestus), the anemone (Anthopleura aureoradiata) and small worms which may burrow into the shell. If the burrows reach the internal part of the shell, the cockle will secrete extra layers over the damage. Cockles, particularly juveniles, are capable of limited movement over the substrate, they can pull themselves along by the foot, leaving a plough-like furrow behind. They are preyed on by birds, fish and other invertebrates and are sometimes host to pea crabs (Nepinnotheres sp) and trematode worms (Curtuteria australis).
Daily limit per person 150, no minimum size.