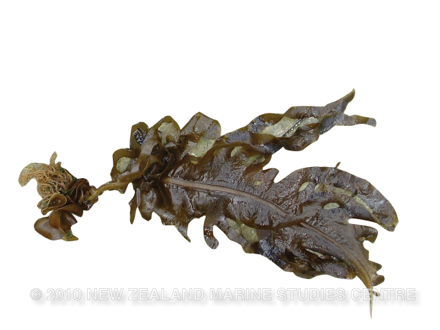 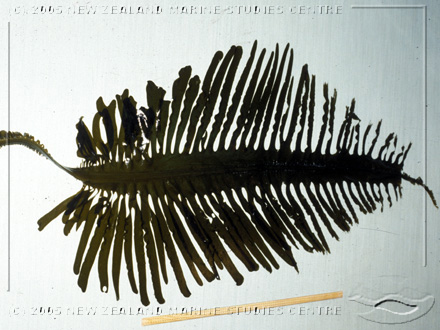 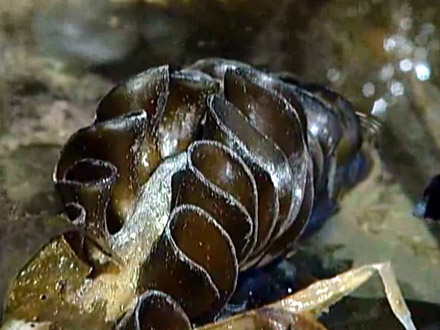 
This is a large kelp which can grow to one metre high. It has a flattened stipe (stem) which extends into the blade as a wide midrib with lobes lying to either side. The colour is golden brown. Mature plants have an elaborately folded section near the base of the stipe; this is the reproductive portion of the plant.


Introduced to NZ from Japan probably in ships ballast water. First recorded from NZ in Wellington Harbour 1987. It can now be found throughout the country. It is spreading rapidly around our coasts, not yet found in the Southern parts of Stewart Island or Fiordland. It is found on rocks and man made structures from low water to subtidal waters.


Uses the sun's energy for photosynthesis.


Check out our documentary, Undaria Invasion in the short movies section!


This is an INVASIVE SPECIES